The Truth Behind Piles

You are here:
Home
>
Media
>
The Truth Behind Piles 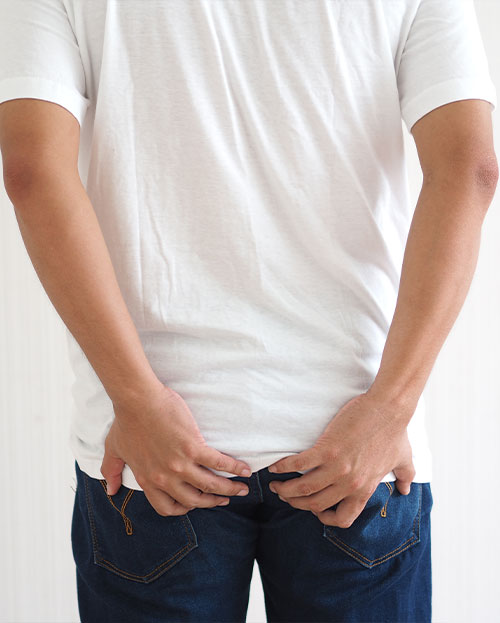 The Truth Behind Piles

Internal haemorrhoids are prone to prolapse. This occurs when repetitive straining on the toilet raises the blood pressure of the vessels in the anal region, causing the blood vessels to become swollen and engorged. When this takes place over an extended amount of time, the ligaments around the blood vessels get stretched out and lose their elasticity, in turn causing the blood vessels held by the ligaments to descend. This will eventually cause internal piles to protrude from the anus, causing what is known as prolapsed haemorrhoids or combination haemorrhoids. Doctors are not entirely sure what the exact causes of haemorrhoids are, though scientists believe that the upright posture of the human being alone exerts a great deal of pressure on the veins in the rectum and anus. This in turn causes them to bulge, hastening the development of piles. Other factors associated with the development of piles include natural ageing, chronic constipation or diarrhoea, pregnancy, faulty bowel movements due to overuse of laxatives or enemas, frequent straining during bowel movements, and spending long periods of time on the toilet bowl. Not all forms of haemorrhoids are symptomatic, but one of the most common symptoms of piles is the patient staining the water in the toilet bowl with his/her blood when moving their bowels. As blood in one’s stool may sometimes be an indication of a more severe disease – especially if the blood is blackish as opposed to a fresh red – one should always see a doctor if you notice blood in your stool. Other possible symptoms include a persistent and sensitive lump in the anus, constant itching around the anal region and pain before, during or after a bowel movement. A common misconception that people often have about haemorrhoids is that they worry it will become cancerous if left untreated. This is patently untrue. What usually happens instead is that a patient with cancer first notices blood in his/her stool and immediately assumes that the bleeding is from haemorrhoids. After some further testing, the patient then realises that the bleeding is from cancer and thus assumes that the haemorrhoids – a false diagnosis in the first place – has since turned cancerous.