The Truth Behind Colorectal Cancer

You are here:
Home
>
Media
>
The Truth Behind Colorectal Cancer 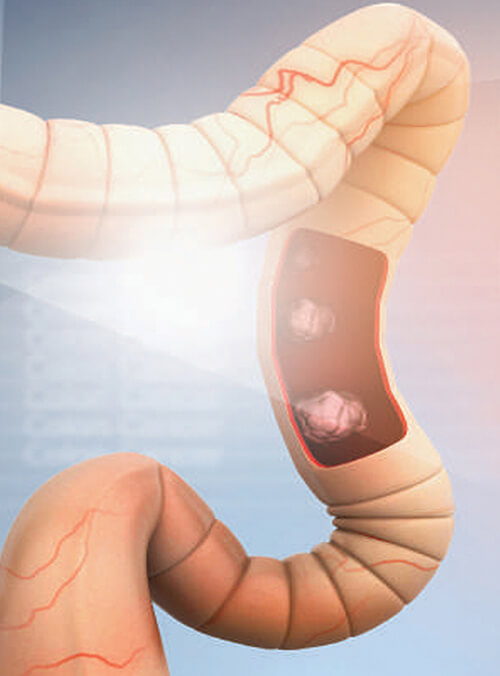 The Truth Behind Colorectal Cancer

The large intestine is made up of two major components: the colon, which is responsible for draining what little water and electrolytes remain in the partially-digested food that comes down from the small intestine, and the rectum, which is where the feces eventually winds up before being passed from the body.

Both the colon and the rectum shed their inner lining (also known as the mucosa) on a regular basis and, as such, must constantly replenish the mucosa cells through cell replication. This is where the problem lies: with each replication, there is always a chance that a cell would mutate. While most mutated cells are immediately identified by the body and destroyed, sometimes these cells escape detection and continue to grow; and if they continue to evade detection, after a series of four to five mutations, the cells may eventually become cancerous.

Most forms of colon cancer follow what we call the adenoma-carcinoma sequence. That is to say, the cells first mutate into a non-cancerous mass of cells (adenoma) that usually takes the form of a polyp. Polyps are fleshy protuberances that extend from the cell wall and may sometimes appear to have a stalk due to the way the weight of the polyp pulls on the colorectal lining. If left untreated adenoma cells will eventually turn cancerous, and the polyp enters its carcinoma phase. At this stage, the cancerous cells slowly begin to spread back up along the polyp’s stalk, and then reach the wall of the colon or rectum, and eventually spreading through the wall and to other organs. One of the main problems with detecting colorectal cancer is how symptomless it can be. A cancer growing near the ascending colon - that is to say, the portion of the colon that joins with the small intestine - usually presents with very few symptoms as the stool flowing through the colon at this stage tend to still be semi-liquid and thus able to flow through and past the tumour with little problems. Even if the tumour were to begin bleeding, they tend to mix thoroughly with the stool and thus remain invisible to surface inspection of one’s own stools. A cancer growing near the sigmoid or descending colon, on the other hand, usually present with more symptoms as the stools at that stage tend to be firmer. As such, if you were to experience any of the following symptoms, see a doctor as soon as you can as you may have colorectal cancer: frequent constipation (potentially caused by a tumour blocking the passageway), blood coating the stool (from the tumour bleeding) or a persistent feeling that you have not completely emptied your bowels (the presence of the tumour imitates the presence of stools in the colon). Colorectal cancer is highly preventable by screening and highly curable by early treatment. However, too many people are unduly worried about going for screening or approaching their doctors out of unfounded fear or embarassment. If you suspect that you may have colorectal cancer, approach your doctor immediately and speak frankly. There is no need to be shy or ashamed: it is a medical problem and one that can be treated.
Better Care. Constant Support.
Thank you for choosing Ho Kok Sun Colorectal. Kindly fill up the form below and we will get back to you as soon as possible.
Our care team will be here for you before, during, and after your procedure. We strive to provide the highest quality of surgical care to our patients in a caring, compassionate, and respectful manner to ensure your healthy recovery.