Lumpy Feeling Down There

You are here:
Home
>
Media
>
Lumpy Feeling Down There 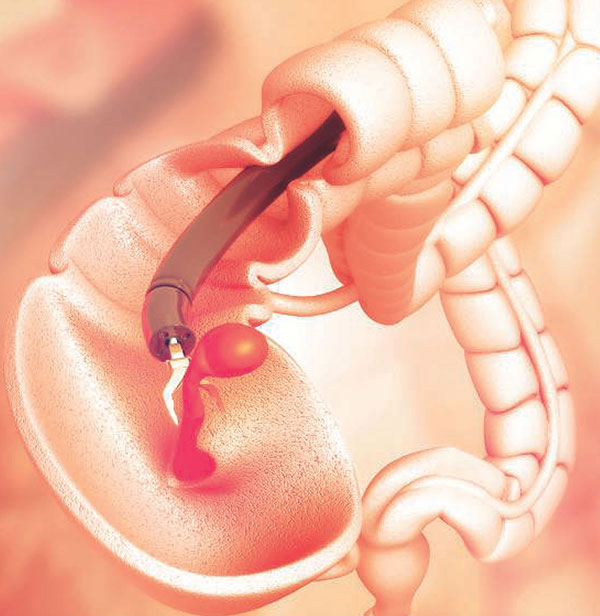 Lumpy Feeling Down There

Hemorrhoids, or piles, is a very common condition that has four degrees of severity. Learn the symptoms of each degree as well as their respective treatment options.

When you move your bowel, do you notice blood in your stools and do you feel as if a lump at the anus is threatening to emerge? Do you feel any itch or pain in the area surrounding the anus? If your answer is “yes” to any of these questions, you are likely to be suffering from hemorrhoids, commonly referred to as piles.

Piles are one of the most common ailments to affect people. According to the SingHealth group, more than half the Singapore population will develop it, usually after they turn 30.

Hemorrhoids are divided into four degrees of severity. First-degree piles occur within the anal canal. There is no visible lump on the outside. Piles are said to be second-degree when they bulge out during a bowel movement and disappear after. Third-degree hemorrhoids bulge out during a bowel movement, but stay out for some time before gradually going back into the anus. Alternatively, the patient may push them back in after the bowel movement. When it is impossible to push the piles back into the anus, the fourth and most advanced stage has been reached. In addition to these four degrees of severity, occurrences can be said to be acute (when the piles become inflamed and swollen; the pain may or may not be accompanied by bleeding) or thrombosed (more common in prolapsed piles; when blood flow is cut off, it clots and causes severe pain and swelling).

If you can’t ‘go’ while on the toilet, it is best not to push and strain. Doctors believe that repetitive straining exerts high pressure on the blood vessels down there, causing them to swell. The vessel walls then get stretched so much that they break easily.

As a preventive measure, it is advisable to have a healthy and balanced diet that includes fibre and water to encourage unstrained and regular bowel movements. Piles that do not cause symptoms do not need medical attention. For first- or second- degree piles that are causing symptoms, the idea is to help the body reduce strain during bowel movements, usually via laxatives, extra fluids, oral medication or suppositories. If more needs to be done, then procedures such as ligation, sclerotherapy and ultrasound-guided hemorrhoidal artery ligation may be in order. When third- or fourth-degree piles keep causing symptoms despite medication, then surgery is usually recommended. This is also the next step for second-degree piles that are not responsive to other less-invasive procedures.

One of the first surgeons in Singapore to be accredited to perform robotic colorectal surgery, Dr Ho Kok Sun has a keen interest in minimally invasive surgery of the colon and rectum. In the field of laparoscopic surgery and endoscopy, he has conducted more than 20 animal laparoscopic workshops to teach overseas surgeons. He has also taught medical students and advanced specialty trainees laparoscopic and endoscopic skills using simulation machines. His other area of interest is in advanced therapeutic endoscopy (gastroscopy and colonoscopy), including the use of colon stents in the relief of symptoms from complication of colon cancer. Dr Ho believes in sharing his expertise with student and other doctors, partly because he enjoys teaching, and partly because “it’s a way of giving back to society”. Testament to this desire, Dr Ho held concurrent appointments as Clinical Senior Lecturer in the Yong Loo Lin School of Medicine and Assistant Professor in the Duke-NUS Graduate Medical School. He was a core faculty member of the SingHealth General Surgery Residency Program, where he developed the syllabus for the Colorectal Surgery training programme. To him, a surgeon’s skill is important in the operating theatre, but equally vital is the wisdom to know whether one should even operate at all, as all potential problems must be considered first. In addition, he feels that there must be open communication between doctor and patient, and will take the time to address his patients’ concerns and answer all their queries. A graduate (1993) of the National University of Singapore, where he obtained his Master of Medicine in Surgery in 1998, Dr Ho became a fellow of the Royal College of Surgeons of Edinburgh that same year. After completing his training in general surgery in 2002, he went to Cleveland Clinic Florida in 2002 for his fellowship, and has been specialising in colorectal surgery since. Prior to setting up his own practice (Ho Kok Sun Colorectal), the effectively bilingual (English and Mandarin) Dr Ho held a range of senior positions at the Singapore General Hospital. In addition, he is the immediate past President of the College of Surgeons, Singapore and ASEAN Society of Colorectal Surgeons. He was a past President of the Society of Colorectal Surgeons (Singapore) and Vice President of the Singapore-China Association for the Advancement of Science and Technology. He is a founding member of the Eurasian Colorectal Technologies Association and has served as Organising Chairman of two major international colorectal conferences.

Dr Ho’s clinic offers a wide range of colorectal services and treatments, including the following: