Surgery is the only treatment that a colorectal surgeon can offer for the definite cure of colon and rectum cancer. Other treatment modalities such as chemotherapy and radiation therapy may be used as additional treatment in reducing the risk of recurrence but do not consistently offer a cure.

In cases where the tumour is very close to or invading the anus, the anus would have to be removed to ensure that the cancer is completely excised.

In certain cases of rectal cancer, the colorectal surgeon may also decide to pull out a temporary stoma. This is because the joint (anastomosis) for the colon to anus has a higher rate of non-healing. Having the temporary stoma acts to divert stools away from the anastomosis so that even if it does not heal properly, there would not be any leakage of stools into the abdominal cavity and cause major complication and infection. In these cases of temporary stoma, the stoma will be closed about 6 weeks to 3 months later.

In the hands of an experienced colorectal cancer surgeon, the diseased portions of the colon or rectum can be safely removed while minimising post-operative discomfort and inconvenience.

For many years, there has been only one way to approach and remove the colon. This is the standard open surgery where a long incision is made through the centre of the abdomen. This incision can vary from 10 to 30cm long. This was the preferred way because this gives the best access to all the areas of the colon.

However, the incision for open surgery cuts through the entire muscle in the centre. This can give rise to more pain and would need stronger and more pain killers. Recovery after discharge is also slower. An alternative technique would be to make a small incision over the site of the tumour and perform the surgery from that location. This is only done when the exact location of the tumour is known.

This method has been used for colon resection since 1990s. There were some initial concerns about higher risk of recurrence of cancer so it did not take off in initially. However, numerous large international trials proved that there is no evidence of increased recurrence. It is now the preferred method of surgery for colon and rectum resection.

Laparoscopic surgery is technically more challenging than the standard open surgery. Three to five small incisions of 5 to 10mm each are made around the abdomen. A camera and fine instruments are then inserted through these small incisions and the surgery is performed. However, the nature of colon cancer resection is such that a small 4 to 6 cm incision is still required for the colon and the tumour to be removed.

This is one of the latest advancements in laparoscopic surgery in the last few years. A single incision of 2-5 cm is made at the umbilicus. Two instruments and a camera are inserted through this single “port” and the surgery is performed using the instruments. The colon and tumour are eventually removed through the incision.

This is the most advanced form of minimally invasive surgery available. It is similar to laparoscopic surgery in the sense that small incisions of 5-10mm is made to insert instruments. However, the robotic camera system offers a 3-dimensional view and greater magnification to the surgeon. This gives the surgeon a clearer view as well as perception of depth which is missing in other forms of laparoscopic surgery.

The robotic instruments used are also more advanced, giving the surgeon movements similar to the wrist movements. The manipulation of the tissue is akin to using your wrist, finger and thumb, unlike standard laparoscopic surgery in which the instruments is more like using chopsticks. This advantage is especially more obvious in surgery for cancer of the rectum situated deep in the pelvis.

On the other hand, non-surgical treatments are usually used together to enhance the cure rates of surgery, or for controlling the cancer in cases where it cannot be cured.
A colorectal cancer specialist will determine the most suitable treatment plan for each individual.

Chemotherapy is used as an adjuvant therapy. This means that it is used in support of surgery which is the main modality of treatment. Chemotherapy is usually recommended for stage 3 and stage 4 cancers.

Dr Ho Kok Sun
Colorectal & General Surgeon
MBBS (Singapore), M Med (Gen Surg) (Singapore), FRCSEd (Gen Surg), FAMS
Dr Ho Kok Sun has been committed to treating colorectal cancer in Singapore for over a decade. He was the past President of the ASEAN Society of Colorectal Surgeons and the Society of Colorectal Surgeons (Singapore), as well as a founding member of the Eurasian Colorectal Technologies Association. Dr Ho was actively involved in the training of medical students and residents, and has published widely in reputable journals and book chapters. He believes that treatment should always be personalised to the patient’s needs.
More on Dr Ho 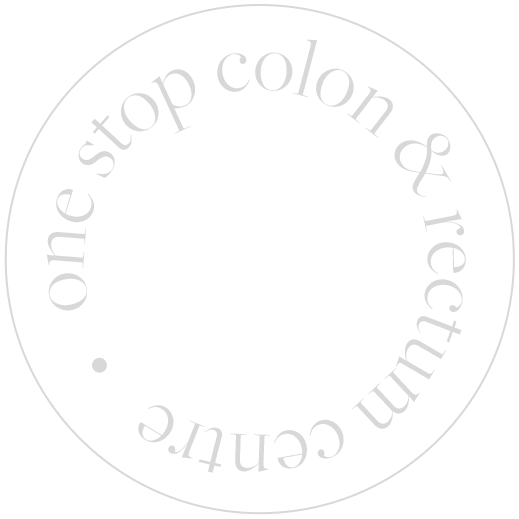 Thank you for choosing Ho Kok Sun Colorectal. Kindly fill up the form below and we will get back to you as soon as possible.
Our care team will be here for you before, during, and after your procedure. We strive to provide the highest quality of surgical care to our patients in a caring, compassionate, and respectful manner to ensure your healthy recovery.